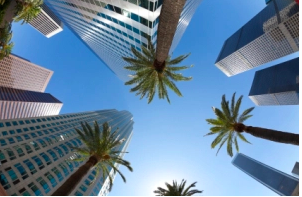 Hello from sunny Hollywood, California. Let me first congratulate David Graham on the launch of EDGE 3, and say how excited I am to join his team as the California Contributor. I first met David at sea back in 1993. I was a young actor not long out of his teens teaching kids about the history of ship travel and the marvels of the night sky aboard the SS Majestic. David was The Majestic’s cruise director and supervised the training of all newcomers to ship life. For those of you who remember that classic 1970’s show, THE LOVE BOAT, our ship was the one used for exterior shots of the hit series! It was fate when I walked into BOOM! Marketing’s office over a decade later and found David heading up accounts for such respected companies as Canadian Tire and Campbell’s Canada. As a result of his special skills in management training, I had the privilege of traveling across the extraordinarily beautiful nation of Canada training and supervising staff for some amazing programs.

I currently work as a screenwriter and a consultant on marketing strategy here in L.A. I look forward to sharing inspirations and experiences from the entertainment and entertainment-marketing capital of the world, as well as meeting you all at future EDGE 3 events!